Today I want to talk about one of my favorite films of 2013 - Liberal Arts. 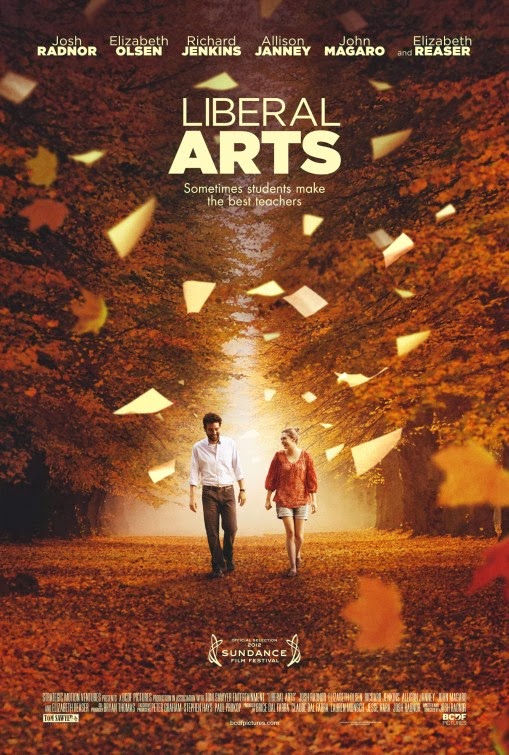 Written, directed, and starred by Josh Radnor (very Lena Dunham of you, Ted), Liberal Arts is a movie you will love and hate because of the feelings it will give you. Now, I don't want to spoil you so better watch the movie first before you continue reading.

Jesse (played by Josh Radnor or Ted as I called him throughout the entire movie) is one highly relatable character because he is just so you, me and everyone we know. I mean, everyone I know studied some sort of Liberal Arts course - including me (BA Philippine Studies represent)...only to regret it a few years later because, seriously self, what does this course even mean? What are you even supposed to do?

I am not a film critic so I won't go around giving stars to movies I will talk about on this blog. I will instead focus on the parts I loved the most (aka the parts where I started bawling my eyes out). Again, go watch it first, then come back so we can talk about this movie!

The scene where Prof Peter Hoberg is on some sort of latter-life crisis.

I still don't feel a day over 17. I still wish I was young and stupid and irresponsible (sometimes).

And this line too.

Zibby: So, what was your major?
Jesse Fisher: I was English, with a minor in history, just to make sure I was fully unemployable.

Ana: I love books. I do in, like, the dorkiest way possible.
Jesse Fisher: Oh, me too. It's a problem.
Ana: Like, I love trees cause they give us books.
Jesse Fisher: super cool of the trees to do that, Right?
Ana: I'm actually... this is weird. I'm actually trying to read less.
Jesse Fisher: Why?
Ana: I felt like I wasn't watching enough television. No, l just started to feel like reading about life was taking time away from actually living life, so I'm trying to, like, accept invitations to things,say "hi" to the world a little more.
Jesse Fisher: That sounds scary. It's going well?
Ana: It's... okay. I keep thinking I'd be so much happier in bed with a book, and that makes me feel not super cool. I still read tons. I just feel like I'm more aware of a book's limitations. Does that make sense?
Jesse Fisher: Yeah, totally.

And my most favorite scene delivered by the pretty Elizabeth Olsen. 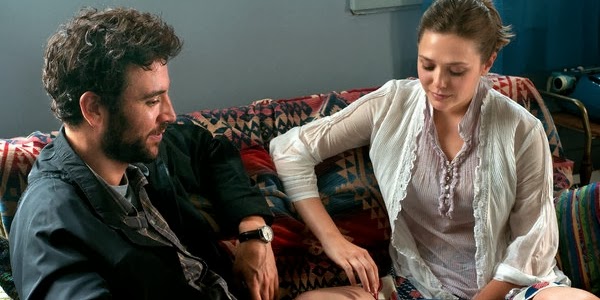 Zibby: I sometimes feel like I'm looking down on myself. Like there's this older, wiser me watching over this 19-year-old rough draft, who's full of all this potential, but has to live more to catch up with that other self somehow. And, uh, I know I'll get there. It's just sometimes I think I want to rush the process, you know? And I don't know, maybe, um - maybe I thought you were some sort of shortcut. Does that make any sense?
Jesse Fisher: If I wrote you, I would be like, "This is the best rough draft ever."

Those are my most favorite lines from the movie. Pretty much cried until I fell asleep when I watched this because really, this movie just screamed "TIN REMENTILLA THIS IS YOUR LIFE" in my face. Why oh why did I not take something as concrete as Engineering or Pre-Med in college?