The Revolution Will Be Tweeted 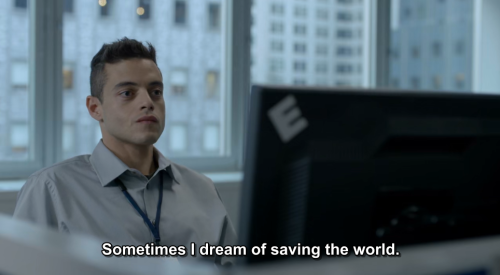 As a kid, I always liked talking in front of the camera. I would play with my uncle's video cam and record myself interviewing the animals around the house, my baby cousins chilling in their cribs, and my stuffed toys. We would talk about (well, it's mostly me throwing my voice to fake a dialogue) what then were the pressing matters of the nineties which I remember was mostly the destruction of the ozone layer (thanks Captain Planet!).

During that time, I also drew NO SMOKING posters and plastered it around the house for my grandfather and mother to see. I would creatively enumerate the ways you can die from smoking, in my hopes of convincing both of them to quit, especially my grandpa (whom I fondly called "lolo daddy") because I feared losing him. Lolo daddy eventually died a few years later of an asthma attack, a death that I didn't take very well. Me eventually picking up the habit seemed pretty ironic.

My mom feared for my "rebellious" side, telling me that studying in UP did not do me any good. "Huwag ka mag-aktibista anak, please. Baka mapano ka" she'd say, reminding me of what happened to the activists during Martial Law. This of course just added fuel to the fire so I ended up joining Sinagbayan as an actress for a musical play, fighting against the tuition increase in our university.

Before graduating, I knew what I wanted to do: I wanted to become a journalist. I wasn't that good at grammar or with words, but I do know that I'm quite good at talking to people. I love listening to other people's stories --- and I know this sounds really corny --- but I loved how I could connect with them in a very spiritual way through their life experiences. I wanted to be the medium for other people's causes to be heard and somehow help the world become better with each story. Looking back, I was one idealistic, young person.

I don't know what happened but, somewhere along the time of being a working student and graduating, I shifted priorities. I forgot about how I wanted to "change the world". I faced adulthood and became a proper tax-paying human. The vengeful spirit in me took a backseat for a peace-loving millennial to be in the forefront.

Over the last few months and with the alarming rate of terrible news all over the world, I can't help but go back to the kind of person I was in college. The idealist in me wants to do something, but again, who has the time with bills to pay here and there. Pursuing a passion project takes a lot. I have so many excuses, I could go on and on.

I then succumbed to airing out my grievances on social media like most people my age who are very unhappy with what's happening in the Philippines, and the brutalities happening all over the world. I mean, the world is kinda going crazy, might as well tweet the revolution, right?

Most days, you'll find me tweeting Sandro Marcos and his privileged ass (excuse the language, can't help it) on Twitter because that's the only outlet I have right now for my aktibista woes (as my mother likes to put it). I would like to think that there is a next step to all this bottled up energy in me to do something. Until then, Sandro Marcos will have to do.