Of Nostalgia and Liking Things 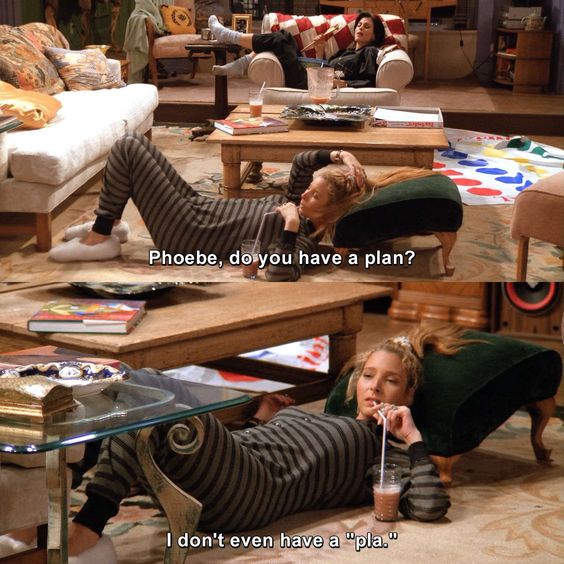 A new habit I picked up in the pandemic is an intense love affair for all things nostalgic, mainly focused on movies, tv shows, video games and music from the late 90's and early 2000's. Must be all the binge-ing of Netflix docus and Instagram meme pages dedicated to the best decades to have ever happened to pop culture (#ClassicsOnly).
I also re-watched all 10 seasons of F.R.I.E.N.D.S. which somehow explains the photo above. It was such a different experience watching it now as a 30 year old vs when I first watched it as a kid. Suddenly, I'm Phoebe, Rachel, Monica, Ross, Chandler (and yes even Joey) all at the same time. It went from "haha what a bunch of funny adults" to "hey is this my life and are they my FRIENDS" funny. It actually felt like I was watching the show for the very first time, also cause I went through such a whirlwind of emotions (I was laughing, then crying, sometimes laughing while crying). After 10 seasons, I was convinced I was part of the group, playing guitar with Phoebe in Central Perk. Now that's good television. Funny also how I can relate so much to a bunch of fictional adults living in a 90's sitcom. What does that tell you?
I guess it's also timely to be in this nostalgia phase for the good ol' days especially now that we're in this weird time in our lives. A global pandemic is no joke, although I gotta say memes are particularly helpful during this time. The whole situation reeks of the beginning of Silent Hill, and I hope to God it doesn't end in some post-apocalyptic wasteland. Although, I don't mind finally putting my zombie-killing, puzzle-solving, herb mixing skills to good use after all the years of practice (thank you, Capcom).
The other day I saw a post saying Macaulay Culkin just turned 40. Well you know who else is almost 40? Here's a hint (and also one of the best songs and music video of our time). I know the media likes to freak people out with articles showing how old famous people got, but I'm honestly just so glad to see the artists I grew up with get old with me. I often wonder what could have happened to rap music if Tupac and Biggie were still alive. I have a feeling they won't be happy with all the SKRRT SKRRT and whatever this is.
My realization in this whole trip down memory lane is that I'm so happy that I got to be really into all these things that shaped the (cool) person I am today. It is so important to be passionate about things that make you happy, whether it's Christina Aguilera or Blackpink. If I have advice for the young(er) people out there, it's this: consume all the art, books, movies, music, games -- all of it! Be into the stuff you really like and go crazy. Don't let those losers tell you what's cool and what's lame because they're losers for a reason. Just enjoy life and all the fun, creative things it has to offer.
And so I end this post with a song from one of the best groups in the history of music. I've said it before and I'll say it again, the Black Eyed Peas are light years ahead of their time!!! Now if you'll excuse me, I'll just wait here in the corner and wait for gladiator boots, mood rings and halter tops to become cool again.